27/06/2013 Shatila refugee camp, Beirut: Two Syrian refugee families share an unlit one-room apartment, including a 2-year old girl and a 1-year old boy. They brought nothing with them but the clothes on their backs. Shatila is among the oldest of the Palestinian camps established after 1948 in Lebanon, and one of the poorest. Since 2011, housing costs have quadrupled for people fleeing the conflict in Syria, and work is scarce or extremely low-paying. Estimates have placed the number of Syrian refugees in Lebanon at well over 500,000 people. 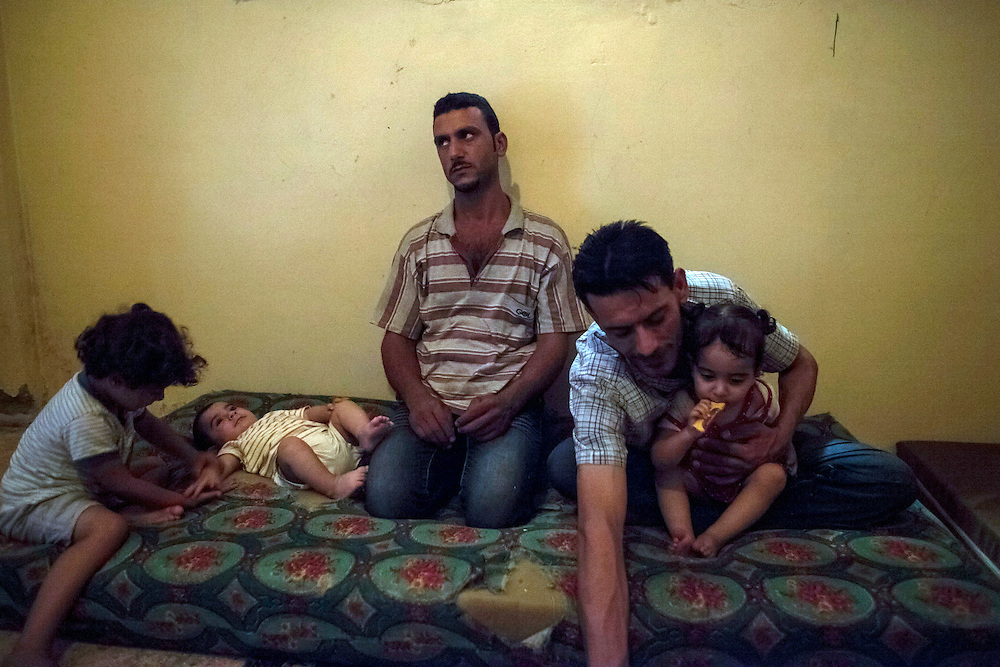